Have you ever heard a police officer or special agent in a tv show, such as NCIS, Law and Order, or CSI say the words, “You have the right to remain silent. Everything you say can and will be used against you in a court of law. You have the right to an attorney. If you cannot afford an attorney, one will be appointed to you,” or a version of that? Those are called your Miranda Rights or your Miranda Warnings, derived from the 5th and 6th Amendment of the United States Constitution.

Your 5th and 6th Amendment rights are very important to know if confronted by a legal situation. For example, the police show up to your door and ask you what you know about a possible crime in the area. Do you have to answer their questions?

The simple answer is no, you can inform the police you do not want to answer their questions. Put yourself in this situation. At this point, you do not know if the police consider you a suspect or if they are only searching for information about a possible crime. Voluntarily choosing to not speak with the police about a criminal matter is not a crime.

END_OF_DOCUMENT_TOKEN_TO_BE_REPLACED

The United States is currently in an uproar following the deaths of Breonna Taylor, Ahmaud Arbery, and George Floyd. There have been protests and riots across the country; citizens are exercising their rights against police brutality and racism. Some believe that the police are doing their jobs to keep themselves and everyone safe; others believe police officers target black citizens because of their race and they should have more training. As these protest and riots occur, people are getting arrested for violent acts in support of the cause. Still, U.S. citizens are taking action to spark a difference in police tactics and civil rights.

END_OF_DOCUMENT_TOKEN_TO_BE_REPLACED

The Florida Supreme Court recently declined to consider whether law enforcement can legally force defendants to reveal their cellphone passcodes. In the case of Pollard v. State, 287 So. 3d 649, out of the Eighth Judicial Circuit in Alachua County, prosecutors sought to force the defendant to reveal the passcode to his cellphone as part of their criminal investigation. The case reached the Supreme Court of Florida; however, because the case was dismissed by the state attorney’s office, it will no longer be reviewed by the highest court in Florida.

In the 5th District Court of Appeals (DCA), which covers the Central Florida regions including the counties of Lake, Osceola, and Orange; the court has not been presented with a case to rule on whether a search warrant required a defendant to unlock their cellphones. The 5th DCA has ruled on other situations involving the search of a cellphone. The court has adopted the ruling in the case of Smallwood v. State, 113 So. 3d 724, which found that police needed to obtain a warrant to search a phone upon seizing it once an arrest has been made. The 5th DCA has also ruled on specific situations where a warrantless search of a cellphone is applicable. In the case of State v. Phillips, 266 So. 3d 873, the court found that a defendant on probation for sexual offenses created a greater public interest to justify a cellphone search without a warrant.

END_OF_DOCUMENT_TOKEN_TO_BE_REPLACED

I believe I may be under investigation for a crime and law enforcement has attempted to contact me. I don’t want to speak with them if I don’t have to, but I’m unsure of how to answer any questions they may ask.

The short answer is no, you do not need to voluntarily provide law enforcement with information or answer their questions. Under the United States Constitution, you have the right to not provide any self-incriminating information to law enforcement. You also have the right to consult with an attorney prior to any police interrogations or have an attorney present while officers question you.

Most people are familiar with the Miranda warnings and can even recite them from memory. This legal doctrine comes from Miranda v. Arizona, heard by the Supreme Court of the United States in 1966. From this case, officers are required to inform suspects of their right to remain silent, that any statements they make may be used against them, that they have the right to an attorney, and that if they cannot afford an attorney one will be provided to them. Under Miranda, unless the suspect is informed of these rights, and also clearly and intelligently waives those rights, any statements they make may not be admitted into court against them.  END_OF_DOCUMENT_TOKEN_TO_BE_REPLACED

Law enforcement agencies across the country are now implementing body cameras to be worn by officers while on duty to record their entire interactions with the public. This has left many people with questions on what to expect if an arresting officer was wearing and recording from a body camera. 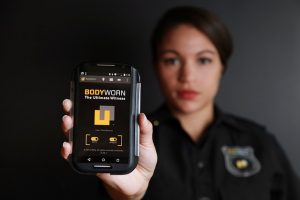 The video obtained from those cameras is having an impact in courtrooms as the additional evidence available to both the prosecution and defendants. If the video is available from a police body camera in your case, it could potentially strengthen or weaken your defense. The video footage could document any improper actions taken by law enforcement during any searches, questioning, or traffic stops.  If the video records evidence that an officer failed to establish probable cause, or used coercion to obtain consent, then any evidence uncovered during the search or stop would be suppressed. On the other hand, if the video shows the officer properly conducted the search or stop the defendant would likely not be able to have the evidence suppressed.    END_OF_DOCUMENT_TOKEN_TO_BE_REPLACED