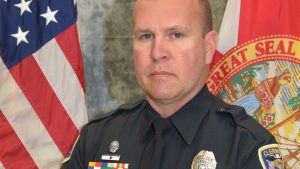 Officer Cecil Garrett was arrested on July 26, 2017, on five counts of perjury committed by false written declaration following a criminal investigation conducted by the Florida Department of Law Enforcement that was initiated after the Clermont Police Chief Chuck Broadway notified them of numerous citizen complaints about Officer Garrett dating back to June of 2016. Officer Garrett is accused of writing in his arresting reports that he initiated traffic stops after running the vehicle’s tag and confirming the driver had a suspended license; however, computer logs showed he had already initiated the traffic stops before he actually ran the tag. Officer Garrett is currently on administrative leave without pay pending the outcome of the criminal case. Perjury is a third-degree felony punishable by up to five years in prison.

So what does this mean for your case? A law enforcement officer must have a lawful basis to initiate a traffic stop and cannot pull someone over without first establishing probable cause to do so. Examples of probable cause to pull a vehicle over would include the officer observing the driver committing a traffic violation, running the vehicle’s tag and finding that the registration is expired or the driver’s license is suspended or observing someone driving erratically. If a law enforcement officer initiates a traffic stop without probable cause then any evidence obtained during that traffic stop cannot be used against the defendant by the State Attorney and must be thrown out. Evidence obtained through unlawful traffic stops is often referred to as ‘fruit of the poisonous tree:’ if the stop is unlawful then any evidence stemming from that stop is also deemed unlawfully obtained and unusable.

For example, in Officer Garrett’s situation, if he had already initiated the traffic stop and his probable cause for doing so was his belief that the driver had a suspended license, but he did not actually run the tag or otherwise have information that would establish his belief the driver’s license was suspended was reasonable before he initiated the traffic stop, then he would not have established the necessary probable cause and the stop would be unlawful. Any evidence Officer Garrett then obtained during that traffic stop would be unlawful and thrown out. This has already resulted in ten cases being dismissed against defendants pulled over by Officer Garrett. An officer must have probable cause established before initiating the stop, they cannot find probable cause or gather evidence after the stop has already been initiated to then justify their decision to pull someone over. This would also apply to situations where officers find drugs, drug paraphernalia, and weapons in vehicles. If the officer did not establish probable cause to initiate the traffic stop then any evidence of illegal possession obtained during the traffic stop will not be admissible in court and the case will likely be dismissed.